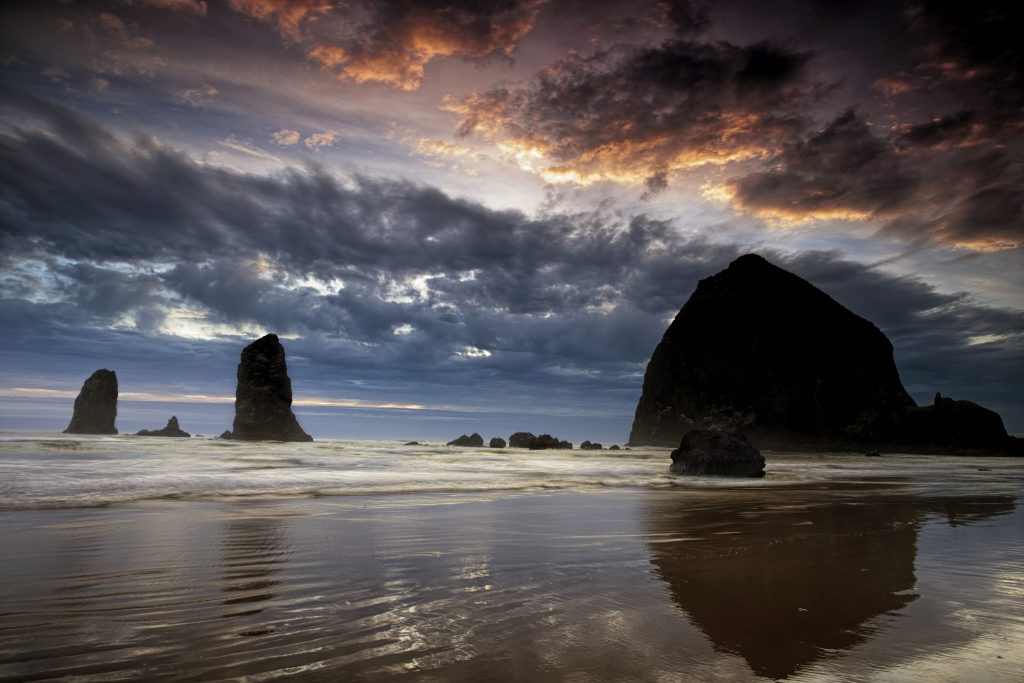 The Type Four – The Individualist

The Type Four is known as the Individualist, the introverted, sensitive type.[1] Known for their expressive nature, and their capacity to openly feel and talk about the depths of their feelings, and able to be brutally honest about what they are experiencing, they are the deep divers of the Enneagram, traveling inner places that most would rather avoid.[2] But for the Type Four, this can become home, this place of depth, sadness, transcendence, the agony and the ecstasy. Life with a Four is anything but calm, trust me on this one. They are able to ride the waves of transcendent bliss and drop to the floor of fringe- dwelling outsidership in three seconds flat. Heaven to hell, faster than a speeding bullet. Their emotional weather pattern is unprecedented and from this inner storm, if they get balanced enough and healthy enough, can emerge works of great art, spiritual mystery and wisdom, heartfelt compassion and understanding for the emotional struggles and pain that everyone experiences, and words and works that capture these deep inner states. Joni Mitchell is a shining example of the Four who articulates the depths of the human soul, as does Bobby Dylan. And add to this, beloved Don Riso.

So really, you’ve got to love the Four with all your heart because they stand in the stuff that most of us avoid, and would never even stick our toes into. Like the Eight, they have a different kind of rare courage to go straight to the truth of their inner world, right smack into the heart of darkness, and retrieve sacred gifts of the soul. However, it is dangerous territory they travel and guides are needed. Sharp-eyed guides who can assist them in finding the true diamonds of the Heart, and not get hypnotized by the very stuff they seek to understand.

The average Four is driven by a deep fear, that of having no identity, being unable to sense their true identity, and often feel as though they have been cut off from something vital within them, the genuine felt sense of “This is who I am.” Their sense of identity can be fleeting and temporary, and this for the Four, is a terrible agony, this difficulty in landing an internal sense of “This is me.” Thus, there basic desire is to find and express their true self, their unique self, to create something that at least mimics a sense of “this is my uniqueness.”[3] Caught in the agonizing tidal pool of no identity Fours can easily begin to feel as though they are outsiders, different than everyone else, someone suffering with a unique sort of suffering that the ordinary masses doesn’t comprehend or understand. But it is true, their particular suffering is different than the other Eight Types, and truth be known, the million other Fours on the planet most likely are struggling with the same deep issues: who am I, how will I find myself, why can’t I establish a steady sense of identity, when will I deeply sense and know who I am and why I’m here, why do I feel like an outsider, so different than everyone else. The root of the problem is the Heart Center. Like all the Heart Center types, the Heart Center is blocked. The Heart Center is the center of true identity. All of us sense our true identity and value through this center, so while the Two seeks to fill the blockage of the Heart by earning love from others, and the Three seeks identity and value by getting appreciation for their success, the Four attempts to heal this blockage by developing a unique identity, something different than the rest, while unwittingly identifying too closely with their deep sadness, rejections, and abandonments in their life.[4] And while one of their greatest gifts is being able to sit right in the middle of genuine suffering, and feel it and talk about it, unwittingly they begin to develop an identity around this innate capacity, and in so doing start to disidentify with anything that looks and feels like happiness or joy. It sounds odd and strange, but ego identities are, by their very nature, slightly left of sanity. Sit in the psychic skin of any type and you will begin to understand the incongruence they experience. While the Two edits out any negative feelings and shoots for being happy, and the Three blocks feelings and goes into performance mode for appreciation and applause, the Four, attached to their experience of deep suffering, can be very suspicious of those “happy, shallow” people who take pleasure in mundane occurrences, and are satisfied with what they define as surface pleasure. Hey, when you’re Heart is blocked, you’ve got to come up with some ego-story to assuage that skin prickling feeling that what you are doing to achieve contentment just isn’t working. And truth be known, a prideful ego-story is like a band-aid on gaping wound.

Well, the nature of any personality structure is to attach to a limited sort of perception and self-image, and to keep one’s ability to experience life in its fullness to a brief sort of low-key whisper. Every type does it differently, and unconsciously. And the trick for each type is to begin to see and experience the inner song of limitation that shapes the structure of their personality, sensing and noticing the current of recurring thoughts and feelings that one mistakes for reality. And the truth be known, this fixated personality mechanism snatches the magnificent beauty of each moment and shrinks it down to zero. The poor thing just needs a little compassion and understanding so that it can finally rest, and loosen its grip on you.

The Super Ego message that keeps Fours running on the treadmill of repetitious suffering is “You are good or okay if you are true to your self, your unique identity.”[5] Hello!!! Like that really helps! Here the passion driven Four is struggling to sense their true identity, and the Super Ego whispers, “You’re not cutting it, kiddo. Look at you. You don’t even know who you are. You’re nothing. You barely exist. Can’t you sense how nothing you are, how you don’t even exist. Give it up.” And the Four, already perplexed by not knowing how to comprehend the emptiness he experiences when he tries to trump up a unique identity, or why it disappears like sand through his fingers at a moments notice—freaks. And amps up his efforts to look different, to be different, to create something that he can relate to as unique. Okay, so he’s got things backwards, but all the types do. Instead of going internal and sensing the hole of emptiness that he’s trying to fill, he takes his efforts outward, into ego building. At the average levels he begins to identify with a self-image that asserts “I am the Special One.”[6] The unique one. I’m different than you and don’t have to follow the rules of ordinary folks. You people are so boring and typical, by the way, that God weeps for you. Never mind that I feel like I don’t exist and can’t land inside myself. And that my sense of self is as fleeting as the wind. For the time being it at least gives me something to stand on when I notice how mundane and ordinary you are. But not for very long, damn it.

The Four at the average levels is driven by the mental fixation of “imagination” and the passion of “envy” and with these two mixing in the psyche the Four is prone to disappearing into imagination reveries where he fuels feeling of envy with imagination stories of how everyone else is happier.[7] “Just look at them!!! Pedestrian foolish people, happy as turtles in soup. Content with nothing special. I envy them so much I could scream, how can they be happy when I’m miserable. And yet, I would never want to be like them.” It is here that the Enneagram is a map and key to the Four’s soul retrieval, and freedom from his habitual imagination patterns that keep him bereft and disabled from experiencing the depth and beauty of his being, and that which is truly unique to him.

2 From the Enneagram Institute’s website, From Free Hudson-Riso materials, Section 3, The Types in Brief.
All Rights Reserved Copyright 2001 The Enneagram

7 From Riso & Hudson Part 1 Training Manuel, p. 260, Personality Type Four, which describes the Passion
and the Fixation of the Four. All Rights Reserved Copyright 2001 The Enneagram Institute.